If I Could Start Over 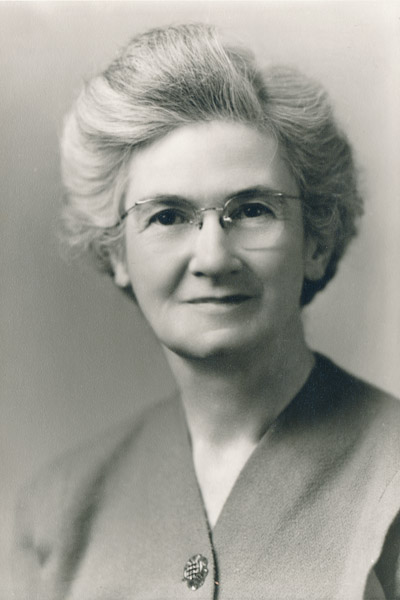 Saturday was my seventieth birthday.

When I woke up this morning, it was from a dream in which I was standing in a store of some sort…like an old country store…and I was looking across the counter at dozens and dozens of pigeonholes, or square cubicles.  Inside them were all sorts of items.  The dream is fading so fast that I can’t recall in detail what any of the items were.  But they were things like brushes, carrots, pretty-colored rocks and small collectibles.

There was an old woman clerk behind the counter.  She reminded me of Fru Vernø, an elderly landlady I once had when I was living in Denmark as a young Mormon missionary.  She also reminded me of my step-grandmother, Zell, whom my mom often referred to as Mrs. Mears.  Mrs. Mears was hard of hearing and always wore a hearing aid which was attached to a battery pack that she carried in her apron pocket.  Every once in a while she would reach her hand into her pocket to adjust the sound level.  It would squeak and hum for a few seconds until she got it just right, and then she would continue listening to me as I jabbered to Grandpa.

I must write more about Zell and Fru Vernø sometime, but I am meandering now, and must get back to the dream.

I begin picking out items from the cubby holes behind the counter and writing them down on a slip of paper, one at a time.  Actually, I wanted everything on the shelves but had the good sense to know that I needn’t have it all.  And then, suddenly, I was out the door and catching a bus to I don’t know where.

By the time I realized where I was going, the bus had rounded the corner onto Center Street in American Fork (where Grandpa and Zell moved after they sold the farm in Alpine), and it is dropping me off in front of their house….a little brick bungalow with a front porch where Grandpa used to sit and read the paper while Zell would adjust her hearing aid in order to listen to her canary sing from its perch in the living room through the front door.

Like most dreams, this one is fading faster than I can write, but by writing it down I am getting an essence of what the dream might have meant.

Because today I am seventy.  And I am trying to wrap my mind around that fact.  I am at least as old this morning as Grandpa and Zell were when I would walk down to their house after school at the junior high school and ask them if I could sleep overnight in Uncle Clarence’s empty bed, because it was Friday and there would be no school tomorrow.  And Grandpa would get up early, and shuffling around the kitchen he would fry us an egg, and the aroma of coffee was thick in the air and beautiful in my nostrils.  He would bow his head and say a little blessing over the eggs and I would eat in a completely innocent atmosphere unhindered by any anxiety over politics or religion or any of the grownup things that would later puzzle and confuse me.

So…..if I could start over in life and I could have anything I wanted, I think I would wish for more self-confidence.  I would wish for more of that feeling I felt in Grandpa’s kitchen, when the world was bright and right, and full of possibilities.  It was a life so unhindered that I could reach out and take whenever I wanted.  Not that I would take everything, but I would take a little more confidence in myself.  Like most of us, I live life with a veil of insecurity infecting my actions that would be better served if I had acquired a bit more chutzpah.

Overly-conscious of what others might think, or how I look, or what someone will say, I guard my explorations and passions to the point that many of my daytime dreams are more stunted than they otherwise might have been.  I wish I had known this years ago.  It would have affected the freedom with which I would have lived my life and expressed myself.

I believe we all are born with a core desire for something which will bring us a total fulfillment in our lives.  It might be service to others, or structure and organization, or any number of things.  Unfortunately, many of us live whole lives without finding clarity in what we want life to be about.

For me, as for many who become writers or dancers or poets or artists, the driving force is expression.

Even though I feel a tremendous sense of fulfillment about what I have been able to experience…and express… I wish I had felt more comfortable to reach for more of the stuff behind the counter in that store in my dream.  I would fill bags with it and carry as much away as possible.  And I would let myself feel freer to taste and touch and share my perspective about it all.

So here I am at seventy, and with cholesterol clinging to my arteries I have no idea if I will live another twenty years or whether I will drop in my tracks before sunset.

I do know that I want enough confidence, for what time I have left, to be as much of my whole self as I can be.   I want to savor and sense every second, and to not censor my expressions about it.  The view is so beautiful from here.  So many artists these days are burdened with cynicism.  The idea of beauty, for example, is seen as arcane, and with an often accompanied unhealthy disdain.  Even dreams are distorted by expectations of what they might mean or with a desire to impress.  As much as I love the work of Max Ernst, for example, I distrust much of the drama in his wonderful surrealist visions.  So much posturing.  Even Miro, whom I deeply respect for his childlike vision, is not immune.

I don’t want to spend so much time posturing.  I just want to be who I am.

I can’t imagine having gone to New York to find myself as an artist, to have my work highlighted at MoMA or the Guggenheim (which for years was was an outright goal) if it had meant that I would never be able to remember and incorporate, without judgment, that porch where Grandpa read his morning paper, that divine porch (the essence of liberated mind in my dream?) where Grandma Zell sat for hours just listening to her canary.  It is a world I go back to now with renewed respect for what it was, and with an awareness that it is all too fleeting to be judged, discarded or taken for granted.