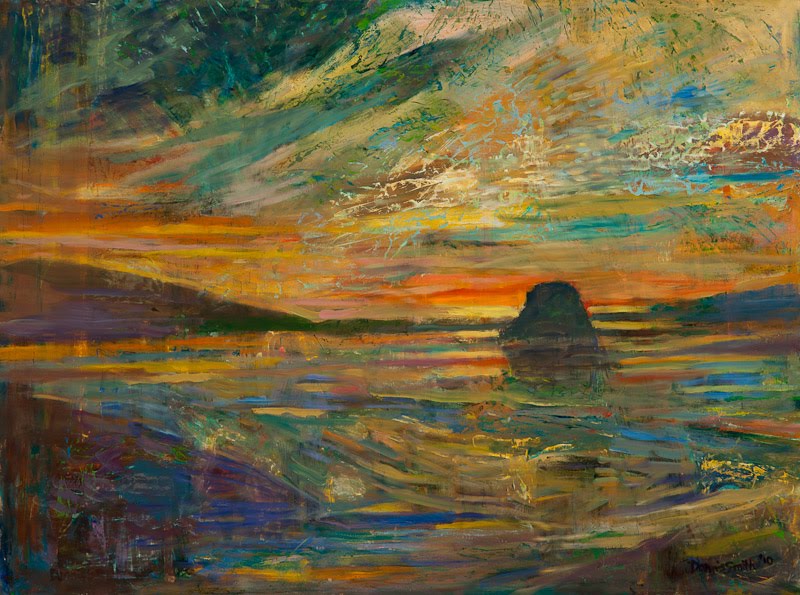 Dennis was recently in an exhibit at the Williams Fine Art center featuring Black Rock.
Dennis had four pieces in the exhibit ranging over different times, and all of them were very well received.

Black Rock is what is leftover of a volcanic plug over looking the Great Salt Lake. This landmark has been the star of many pieces of art, ranging from photographs to paintings done in all styles and forms.

The Black Rock exhibit at the Williams Fine Art center began when Thomas Alder, managing partner at Williams Fine Art, found that many images Black Rock appeared often during research for a book he is co-authoring about northern Utah. Upon this discovery, he sent out an invitation for artists to paint Black Rock and submit their painting to be in an exhibit.

The Salt Lake Tribune did an article on the Black Rock art exhibit, and Dennis was quoted in it saying, “It’s (Black Rock) a pivot point – a marker that tells you where you were in relation to home. Black Rock is a landmark in time and awareness, and all that time somehow melds together when you have a physical marker such as the one we have at the Great Salt Lake.”